Nail fungus causes nearly half of all nail diseases. For natural treatment methods for nail fungus, including ozone therapy, contact Dr. German Zermeno, an integrative and functional medicine specialist at the American Institute of Natural Medicine in Tustin, California. Call or book an appointment online today. 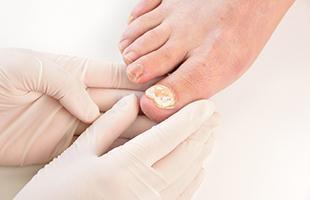 What is nail fungus?

Nail fungus is a common infection that results from yeast and mold getting into your nails through tiny cracks. Nail fungus often develops when your nails stay wet for an extended period, or when they encounter an unsanitized surface that someone else with nail fungus used.

While nail fungus most frequently occurs in the toenails, it can happen in your fingernails too.

What are the symptoms of nail fungus?

If you have nail fungus, you may notice debris accumulation under the nails. Other symptoms include nails that are:

What are the risk factors for nail fungus?

Advanced age and excessive sweating, particularly on your feet, can increase your likelihood of developing nail fungus. Other factors include:

How is nail fungus diagnosed?

To diagnose nail fungus, Dr. Zermeno assesses your nails, asks questions about your symptoms, and examines your nail clippings under a microscope. He might also send nail clippings to a laboratory for a fungal culture.

How is nail fungus treated?

Dr. Zermeno uses ozone therapy to treat nail fungus. Not only does ozone therapy introduce additional oxygen into your bloodstream -- improving your circulation and overall health -- but when the third oxygen atom breaks off, it can oxidize and destroy fungus and bacteria.

Ozone therapy offers a natural solution to nail fungus that doesn’t involve medications that may carry unwanted side effects. It also softens your skin and removes unwanted toxins and impurities from your body. It’s a simple, in-office treatment that requires no preparation or downtime.

If you have nail fungus, call or book an appointment online today at the American Institute of Natural Medicine.