More than 10% of men over the age of 18 report feeling tired, irritable, and heavier as they age. If your health is declining or you’re just looking for ways to improve your lifestyle and well-being, call or make an appointment online today with Dr. German Zermeno at the American Institute of Natural Medicine in Tustin, California. 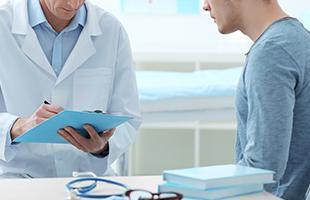 What symptoms are associated with declining men’s health?

The most common symptoms associated with a decline in men’s health include:

Younger men in poor health often perform poorly in school, work, and sports and can become apathetic towards life. In many cases, they withdraw socially.

Men over the age of 45 have difficulty exercising and staying active. They complain of a slower decision-making process and tend to blame their symptoms on the aging process.

What causes a decline in men’s health?

How is low testosterone treated?

The best way to treat a decline in men’s health due to low testosterone is by supplementing it with bioidentical hormone pellets. This is especially true for older men.

Bioidentical hormone pellets consist of compressed testosterone that Dr. Zermeno inserts under your skin in the form of a small, elongated tablet. The tablet slowly releases testosterone into your bloodstream over a period of 3-5 months.

By using a pellet placed under your skin, the medication skips your liver, which prevents several unwanted complications that can accompany hormone replacement injections. Testosterone creams offer another method of delivery, but they often don’t provide high enough levels of the hormone to ensure the protection needed.

If you’re experiencing a decline in your health and you suspect a testosterone deficiency, call or book an appointment online at the American Institute of Natural Medicine today.